Solly Baby is officially 10-years-old! To celebrate our birthday, we’ve done a little Q&A with our founder, Elle. Settle in (with a piece of cake?) to this extra special peek at the history of Solly and where we’re headed next!

END_OF_DOCUMENT_TOKEN_TO_BE_REPLACED 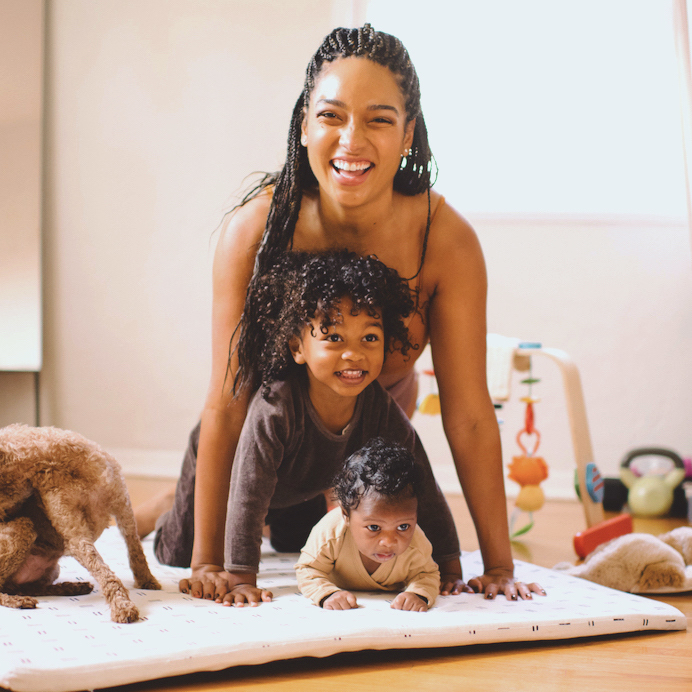 If you’ve read the staggering statistics, you know there’s a Black maternal health crisis in our country.

END_OF_DOCUMENT_TOKEN_TO_BE_REPLACED

The overwhelm of the past year (and young parenthood in general!) has left us feeling a need for less rather than more as we consider how to celebrate and honor ourselves on Mother’s Day this year. Rather than going big after a year of juggling so much, we have put together a list of ways to care for your mind, body, and soul (possibly alone?) with mild to minimal effort required.

END_OF_DOCUMENT_TOKEN_TO_BE_REPLACED

How babywearing keeps me close to my ancestors with Olivia

Mother and writer Olivia is the first mama in a new series on the Solly Blog featuring stories of mothers wearing their babies throughout history. Olivia shares with us her own journey wearing her son, and how her choice to baby wear fits into a larger story of her maternal ancestors wearing their babies. Olivia was previously featured in our Solly Silver Linings series in 2020, sharing about her experience having a baby during the Covid-19 pandemic.

END_OF_DOCUMENT_TOKEN_TO_BE_REPLACED

The Inspiration Behind SS21 | Made with Liberty Fabric

The Inspiration for Spring / Summer 2021

English gardens are known to be a bit wild and overgrown—yet completely breathtaking and inspiring. As we designed our spring collection, they seemed like the perfect metaphor for those first weeks, months and year(s) postpartum, where well-manicured becomes a notion of the past and messy but growing (and even thriving!) becomes the new standard. There are weeds here and there and some bits askew, but it’s a beautiful mess of stretching toward the light, finding respite in the cool shade and wandering and wondering at the tiniest, most exquisite details and breathing in the sweet scent of it all.

END_OF_DOCUMENT_TOKEN_TO_BE_REPLACED

How to Fix Postpartum Incontinence? Strengthen Your Pelvic Floor

Postpartum incontinence might be common following pregnancy and childbirth, but it shouldn’t be the norm (or at least not for the long-term!). Before resigning yourself to a life of sneeze-induced leaks, take heart that strengthening and repairing your pelvic floor could be as easy as incorporating simple Kegel exercises into your daily routine. With a bit of pelvic floor education + dedication, postpartum incontinence can become a thing of the past—and you’ll be able to confidently jump for joy when it does.

END_OF_DOCUMENT_TOKEN_TO_BE_REPLACED

BLACK LIVES MATTER. We’re all saying it, but now let’s talk about ways we can do the real work of learning and unlearning. Our social media feeds have been flooded with incredible resources for educating ourselves, talking to our children, supporting Black-owned businesses and donating to the cause. (And we hope yours have been, too!) We’ve decided to compile much of what we’ve found in one place, so it’s easy to keep track of and refer back to often. Please feel free to add any additional resources in the comments. We’ll be happy to continue updating our list.

END_OF_DOCUMENT_TOKEN_TO_BE_REPLACED

When Jared and I were first married it was tempting to try to recreate every tradition we grew up with and a dozen other ones we heard about from friends. There’s something solidifying in a family about carrying out traditions, but it can easily get out of hand and add lots of unnecessary stress.

My husband grew up with the German “St. Nicholas” tradition of putting out his shoes at night to wake to them filled by an “elf” in the night. My mother-in-law took it to the next level by doing it all 24 days before Christmas starting December 1st, which is obviously amazing when you’re a kid, but so much to keep up with as the elf. I tried to keep this tradition alive for the first three years after kids, but felt downright exhausted by Christmas morning.